Join the conversation about the popular FPS from Blizzard!
Post Reply
71 posts

Hadn't really thought about it much in the past as I don't own any Blizzard games, but my neighbor is pretty well up at Blizzard. I was talking with him the other night as he was wearing his company shirt, and remarked about Overwatch and my hope that it fills the gap for TF2, etc. He laughs at me and asks why I didn't come see him earlier to get in on the Overwatch beta right at the start. He gets passes to get folks in to their games and could have gotten me in on day one. Feeling stupid I asked about getting in now, he mentioned that he can but that its rolling entries so it might not be right at the start. I set up my battle.net account and according to him should be hearing about joining the beta soon.

All that being said, I have no real idea what to expect from anything beta. I've never been a part of testing any computer program and have no idea what I'm in for. While I'm very interested to see how this game works and if it might be something for us, can anyone shed some light on what I'm likely to be expected to do or whatnot? I'd ask my neighbor, but already feel like such a, well, noob.

What should you expect? Basically TF2 without hats, from what I've heard

Seriously though, in terms of doing a closed beta?
- Frequent balance changes, which sometimes fix things, and sometimes create bigger problems than they fix.
- Things that seem like they should obviously be changed, which aren't.
- Semi-regular introductions of new mechanics and interfaces, which mean you have to re-learn certain elements.
- If there are persistent stats/equipment, occasional character wipes are likely (don't get too attached!).
- Hilarious glitches and exploits.
- Frustrating glitches and exploits.
- Other glitches and exploits.
- A (hopefully) more-than-usually responsive developer forum.
- A non-disclosure agreement.
-Boss Llama
Top

I've played TF2 for a few years and still don't really know how to play well, so changes to the game during beta shouldn't be a big bother for me I don't think. SInce they have been promoting all the characters, it would be unlikely that they would get rid of or wipe any of them correct?

The game is likely to be fairly finished when it goes to beta? Glitches and balance I get, but it should visually look finished and not be some ragged rough draft correct? Do they have set times they want people on or minimum hours played? The player base in beta: likely to be pretty good or a wide range is abilities ( I know everyone would be new to this game, but people who are FPS pros are likely to still be better than the average Joe or YNWA at it)

Non-disclosure will mean I can't tell you guys how great it is going to be, or just that I can't post clips of me getting killed? Since I don't have a clue about posting/taking shots and video, I'm not too worried about it, but it would be nice to be able to share how it plays--especially if this may turn out to be something that our community is going to gravitate to on one of our servers.

I imagine that Blizzard probably has some of these answers for me at some point, but I'm just kinda curious as I go into this what I'm getting into.

overwatch doesnt have an NDA, tons of people are streaming it. feel free to tell you friend to flag my account, JFaction#1201

Jesus_Faction wrote:overwatch doesnt have an NDA, tons of people are streaming it. feel free to tell you friend to flag my account, JFaction#1201

I just got my invite yesterday! If anyone gets in feel free to add me!
DarkDrifter#1778

I've been waiting forever to get in. . .

From what little I've seen, the gameplay will be a lot different from TF2, it's class-based, but at a very different speed and environment.
"I made all my gold into pants" - Ignatius

I've been waiting to get in too. Tomorrow I should be working with a Blizzard employee. I guess he asked my brother (who hasn't played a video game since n64 came out) if he should bring any blizzard stuff.
Top

It's available for pre-purchase now, by the way. was really expecting this to be f2p, not too interested in $40 admission price

Have a coworker who has been streaming the beta, telling me its the next FPS for all of us.

I have no idea if its any good or not, I will be checking it out, can we do private servers?

My Google-Fu tells me that in mid-September they announced that there would be no community servers, and that even private practice sessions and such would have to be hosted through Blizzard official servers. Game companies really do seem to hate gamers.
-Boss Llama
Top

Got in. Guess I should have looked ahead to see that it is Windows only at this point...

I got in for this weekends beta if anyone wants to play. DDYzErO#1990 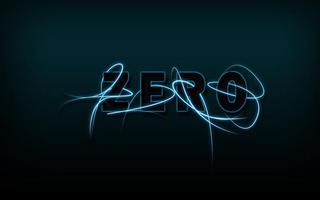 I just got an invite! I might be down to play a few games this weekend, but Fallout4 has me hooked. Seffy#1553