This is the place to discuss our friends who have been taken away from us.
Post Reply
64 posts 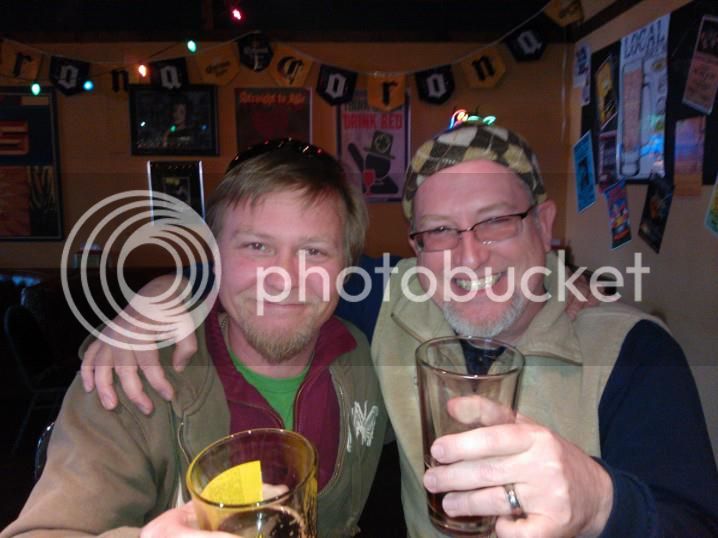 It is with a very heavy heart that I must tell y'all that the artist formerly known as JohnCarterofMars passed away yesterday.

His name was Tyson Stinson. He turned 44 in September. He was my friend.

I met Tyson in middle school. He and I were both new kids at the school and ridin' nerdy when nerdy wasn't cool in anyone's estimation. We sat at the reject lunch table. He also sat in front of me in band. He played French Horn. We both played Dungeons & Dragons.

Gaming was a big part of our friendship. When I came back home to Alabama from Colorado, Tyson was excited about a "server" he and a guy he works with (Rob) were trying to get off the ground. It was the first 'Ville (short for Huntsville, Alabama). He and Rob put up a web page, a forum and hosted the first 'Ville gaming server in 1999 ('98?). I bought my first PC and was introduced to an addiction to online gaming with Team Fortress Classic.

If you knew him, Raise one for Tyson today, folks.
Top

Rest in peace, JCOM. You have been and will continue to be missed.

I shall play a bit for you JCOM

Thanks DOW and dont be a stranger

Thank you for sharing the sad news, DOW, and my sympathies to you for the personal nature of this loss.

JCOM was a big name in the early years of our community, and a steely-eyed vet by the time folks like me turned up in 2007/8. I'll keep him in my thoughts.
-Boss Llama
Top

This is incredibly sad DOW and I can't even imagine how you feel. Thank you for letting us know.

Another fine person lost from this world.
Top

Sad news. JCOM was a fun guy to have around.
"I made all my gold into pants" - Ignatius

DOW thanks for coming back and sharing this sad news.

The Ville has lost another good person.
Top

Tyson J Stinson aka Jcom or JohnCarterOfMars was as DOW said our # 2 Villan behind Eddie Muster (Robert E. Lee) who founded the Ville.

He was a good friend, fun to play with, I remember many fine games over the years with him. As things evolved at the Ville Jcom went in a different direction than the Ville but he was still on Steam and still gaming often.

I am shocked to find out about his passing, although he and I had not chatted in some time I would often see him online and gaming and an recall seeing him on very recently I believe playing Borderlands the Prequel.

I did find a death notice for him in one paper, it doesnt tell us much more, but I thought I would share it with the Ville.

The same information at the funeral home but at least here is a guest book that we can sign and say a few words.

I guess I could tell y'all what happened! Suffice to say, my brain's a little scrambled right now.

His father somewhat angrily confirmed that years ago when I thought Tyson was putting me on. His middle name is the letter "J" because his parents thought they wanted to call him "T.J." but they never did.

Friday afternoon, he wasn't feeling well and left work early. He came home and went to bed. When his wife got home, he was already gone.

Tyson was actually an artist. He did screen printing in a studio at a local art center here. He's drawn ever since I met him. He did great stuff.

When I went over yesterday to check on his wife, the hand drawn birthday card he had made for her was still on the dining room table. Friday was her birthday. They were going out so I guess Tyson didn't want to be a bummer and thought a nap could fix it.

Tyson recently was diagnosed with some heart problems that were all attributed to smoking.
Top

Thanks for letting us know how he passed DOW, I am glad to hear he passed in his sleep and that it was quick, much better than a long drawn out fight with something like cancer. I feel so sorry for his wife and family.

I still can't believe it. I see him every Wednesday and he seemed fine. I had no idea about the heart problems though. He will be missed.
Top