Too late for me, have fun

I should be good for this, assuming I don't forget.
Top

Why am I not in this group yet?

I won't be able to make it. We're having my nephew's birthday party that day, and a good friend of mine that evening. Have fun everyone, should be a blast!
Top 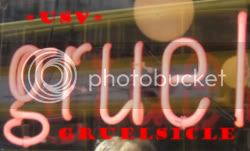 Last call for sign-ups! I'll randomize the teams late Thursday night to give everybody a day to practice, talk about 1337 team names, or otherwise get ready for Saturday's big showdown!

Come on down and join the fun!
-Boss Llama
Top

Boss Llama wrote:Last call for sign-ups! I'll randomize the teams late Thursday night to give everybody a day to practice, talk about 1337 team names, or otherwise get ready for Saturday's big showdown!

Come on down and join the fun!

I see an odd number of players here! If llama is just moderating, we'll need another!

I'll play if we have an odd number, and will sit out if we don't. Since I'm hashing out the teams now (about to submit names to the randomizer), whomever my partner is will be the sub for others. Should another team have a person who doesn't show up, my partner will replace them and I'll hit the bench.
-Boss Llama
Top

The teams have been selected, courtesy of Random.org’s list randomizer. They are as follows!

Make sure to friend your partners if you haven’t already, and also me. Meet up on The Ville’s Teamspeak server like 5-10 minutes before the event starts, if you’re able, and we’ll make sure everybody is accounted for. I’ll post the schedule of matches shortly before the party starts, but so folks are aware, the maps we’re using are the standard ones with no modifications or special modes (no wasteland, no hockey or mutators). If people have fun with this one, we can do another round robin using crazy settings in the near future!

If you want to come up with a name for your squad, let me know and I’ll fill it in on the list above!
-Boss Llama
Top

My Apologies, I am going to have to cancel. I am triple booked that night with a work upgrade as my primary focus. I probably wont be available now til 10:00 CST :(

Extra sorry to Sparky as I can't shake this call and I was slated as your partner.
Top

Edit: I see you made the team earlier, I will drop by and see whats up tomorrow.
Queen of the We Hate Mateo Club. Co-Captain: Zookie

Darklin0 - If you want to join us, you can become my new partner. If somebody else isn't able to make it, you'll take their place.

I know this is out of nowhere, but I just heard about this. I know I'm not a regular much anymore on any of the TF2 servers and was never really a regular around the forums anyway, but if there's any way for me to get in on this either as a sub or fill in of some kind, I'd like to throw my hat in. Don't worry if it's not possible, I realize how incredibly last minute this would be.