My latest assessment of Valve’s June TF2 pyro nerf is depressing. The nerf mainly consists of changing the damage done by the axtinguisher and postal pummeler. Formerly, both weapons would deal critical hits to any burning foe – from any direction. The June 2014 nerf changed this. Now, critical hits on flaming opponents only happen from the back. Otherwise, mini-crits.

I tried this out. The results are not happy.

History. I stopped playing flanker / ambush pyro only after a few hours of my early pyro career. I did this because the degreaser / axtinguisher combo made that play-style a less necessary option. With the degreaser and the original axtinguisher, pyros had greater chances of killing high-health opponents during sudden close encounters in tunnels or rooms. Puff and sting was a very powerful action against soldiers (one or two whacks), and heavies (two or three whacks). The axtinguisher significantly aided the pyro’s survival chances, and gave the pyro an offensive capability that EVERYBODY feared. It also provided the essential incentive to use the degreaser. The degreaser’s only benefit is the quick weapon switch – which is highly useful when switching to melee weapons – like the axtinguisher. Otherwise, the degreaser’s flame is 10% weaker and its afterburn effect is 25% weaker than a stock flamethrower. In short, the only reason to use the degreaser is to have quick access to the axtinguisher.

Well, I guess everybody feared the degreaser / axtinguisher combo so much and complained so bitterly that Valve nerfed the axtinguisher (and the postal pummeler).
Keep in mind that encounters are binary in TF2. You either survive the encounter or you die. The contest is making your opponent reach zero health before he makes you reach zero health. If your weapons loadout means you are dropping down to zero health faster than your opponents, then change your loadout and / or change your play-style.

So I tried alternate play-styles and alternate loadouts. I tried using the nerfed postal pummeler / axtinguisher. I found that on Dustbowl (where I usually play), there are very few opportunities to ambush players from behind. As I recall, this situation was the main reason I stopped using the backburner years ago – very limited backburning opportunities. Not worth the loss of airblast capacity. The backburner does not have any overall advantage on such maps. (NOTE: stage 3 Dustbowl is an exception.) So, on most encounters, the mini-crits from the axtingusher were just not doing it on flaming foes. I was dying on those encounters more and more. So, the axtingusher / pummeler suddenly became very weak melee weapons and were getting me killed when I tried to use them.

As an alternate, I tried the backscratcher. It had good melee damage on burning and non-burning foes but it wasn’t any better than just keeping the flame on from the degreaser. In addition the heal rate was intolerably slow. I asked myself what the point of such a weapon was.

I tried the powerjack. No real benefit over the standard fire axe. It did allow me to move faster over terrain when deployed. But in order to take advantage of this feature, I have to give up my thorough spy-checking. Anyone who has played with me knows I have this obsessive-compulsive bit with my flamethrower. I let out mini-puffs everywhere I go – constantly checking for spies. Spies know me and despair when I oppose them. So, I was left with another choice. Do I give up spy-checking in favor of faster transit speeds? I tried it out for a time and found that spy-checking was a more important feature – which rendered the “advantage” of the powerjack useless.

So, given that melee was no longer going to work to my benefit, I reassessed my use of the degreaser. As a flamethrower, it is the weakest of the lot. So, I discarded my strange killstreak degreaser and started to use the stock flamethrower. I found that its killing properties were much more powerful than the degreaser. And this is what makes me really sad…

I have been reduced to some sucky W+M1 pyro. Forget about melee. You’re gonna die. Just keep the flame on like any 13-year-old-first-timer-free-to-play newb and you’ll be OK. Well, I’m not OK with that. I’m about to go up to my room and bite my pillow.

Pyro used to require sophisticated coordination and agility, tactics and execution. Even with the full-powered axtinguisher, we pyros die a lot. Still, good pyroing used to earn some measure of respect. Now, it’s relegated to the back of the pack checking for spies, reflecting a few rockets, airblasting ubers (and dying), and maybe homewrecking sappers). The best way for me to play pyro is anathema – W+M1. I am now highly conflicted about it.

Sure, I don’t have to play pyro. But playing pyro was the funnest of all the classes I have played. Now, it’s an inglorious grind… where did I put that stupid homewrecker? SHEESH!

Until they revamp Pyro to make both flamethrower particles and airblasting less obnoxious to both use and fight against, Pyro will remain a class that is neither too strong or too weak. It's not broken balance-wise, it's broken mechanics-wise.

The Pyro has 10 unique melee weapons, and of those, I'd be willing to bet well over half of all Pyros ran the Axtinguisher; it was too good. The downside to the weapon was not enough to overcome the power it gave the Pyro. It invalidated other options and Valve does not want items so powerful they are the "standard". Remember when they split the Equalizer? The Enforcer, anyone? All weapons should be sidegrades, not complete upgrades. I'm surprised it's taken them this long to do something about it.

I've always been of the opinion that melee should be opportunistic and not a primary playstyle (Demoknight excepted). It's no secret that I love my Fire Axe but even still, my bread and butter is and always has been my Degreaser and my Shotgun. I've always shunned the Axtinguisher and I still do plenty good work.

Pyro is not an offensive class, it is a support class. Also, use your shotgun more. Degreaser + shotty is still extremely powerful.
Top

I recommend to place more importance in your pyro shotgun. The axtinguisher was never the only reason to use the degreaser and it's fast weapon switch.
2013 Ville Cup- GOD (Group of Drunks) 2nd Place
2014 Ville Cup- GCI| Guild of Calamitous Intent 3rd place
Top

i was wondering why trilobite was playing med....

TheCarpe wrote: melee should be opportunistic and not a primary playstyle (Demoknight excepted).

FTFY!
"I made all my gold into pants" - Ignatius

Interesting... missed this one, but then I don't often do the flame and wack attack style. Wonder if it has to do with how overpowered it was with a high ping pyro.
Top 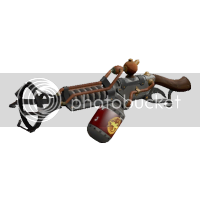 If anyone calls you bad, take it as a compliment.
If you think you're bad, go play heavy.
If you think it's bad, then you probably died to it.
Yeah it kills a Pyro's utility, but hell you're killing everyone assuming your medic isn't bad. :3
Top

Cannot and will not go without airblast. It's just too freaking useful.

I'm with you, Trilo. After untold hours and adapting to countless nerfs, changes, and new weapons, I have stopped playing pyro due to this nerf. I have hung up my Strange Professional Killstreak Australium Extinguisher and just play the classes Valve wants me to - soldier, demo, etc. I'm sick of their unbalanced and untested changes, and the game long ago became stale enough for me not to be worth significant new effort.
-Boss Llama
Top

TheCarpe wrote:It invalidated other options and Valve does not want items so powerful they are the "standard".

Tell that to the Ubersaw. Even the Escape Plan is still considered the best option by many as anything to improve mobility is extremely useful for slower classes.

TheCarpe wrote:Cannot and will not go without airblast. It's just too freaking useful.


dammets89 wrote:I recommend to place more importance in your pyro shotgun. The axtinguisher was never the only reason to use the degreaser and it's fast weapon switch.

I still use axetinguisher a bit, it's just not as fun or useful.

Pyro has always been a bad balance class and the Axtinguisher only exacerbated it's problems instead of giving them a more useful role. Fixing the axtinguisher was far from the biggest thing they could or should have done, but I understand it.

Playing mainly/always on dustbowl is kind of skewing the view, being that it's nearly entirely long skinny chokepoints has a pretty heavy impact on how many classes work. So does playing primarily with fast respawns. That's why it seems enocounters are all binary.

That's a fast-respawn dustbowl point of view, a lot of other environments offer other things to do for your team like create space, flank or gain some kind of advantage like health or position without needing to kill or die to do it.

Ever since the gas jockey set was added, I've played pyro as degreaser/shotty/powerjack (or homewrecker if needed) to punish flankers or bombers most of the time and then serving to cause mayhem and scatter opponents on pushes. Staying alive is a top priority instead of high risk/reward plays.
"I made all my gold into pants" - Ignatius

I don't think Degreastinguisher would be so annoying if airblast worked like every other source of knockback in the game.

Explosions push enemies away from the epicenter of the blast at different speeds and directions depending on their position relative to it. If an explosion happens between two people, they're knocked in different directions. If you're launched into the air, you can use the momentum you had to airstrafe away. If you get knocked in the direction you're running, you move faster until you hit the ground.

Airblasts push enemies away from the Pyro in the direction the Pyro is looking and at a set speed, their positioning is irrelevant. If an airblast affects two people standing on opposite sides of the Pyro, they are both knocked in the same direction at the same speed. If you're knocked into the air, you can't airstrafe because it eradicates all momentum you had. If you get airblasted from behind while retreating, you slow down. It's possible for a Pyro to catch up to a retreating Scout by airblasting him because the knockback slows the Scout down for some reason.

Also, getting airblasted counts as being stunned for the purposes of Flying Guillotine crits (same with the Force-A-Nature's knockback and Natascha's slowdown since they use the same coding)


Again, until they fix flamethrower hit detection and airblast stun, Pyro will remain broken no matter what they do.