A place to discuss other games such as World of Warcraft, BF2 or Red Orchestra
Post Reply
50 posts

Gametrailers (watch them while you can)

Has actual gameplay footage! uber hotness!
Reality...never touch the stuff myself....gets in the way of all of the hallucinations!
Top

Already got it preordered for my PS3.

Yeah, I have pre-order SE via GameStop, but going to stop by BB on the way home and get one there instead....closer to home for the midnight release and a free poster.

Reality...never touch the stuff myself....gets in the way of all of the hallucinations!
Top

Just got the game. I don't need the lockbox and stuff that comes with the SE.

When does this bad boy come out?


when does Manhunt 2 come out?

I know the PS2 version was leaked, butwhat about PC?
Top

I hope its good. I'm still not sure what system I want to get it on. It probably doesn't matter much. Does anyone know if there will be any difference between PS3 and 360 versions of the game?

For some reason or another, im not excited for the game.... yet i love the freedom and that kinda thing in GTA games... yes i have played GTA from GTA1, 2, 3, Vice City, San Andreas... ive played em all 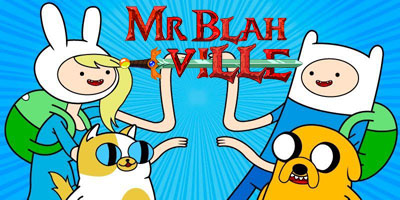 Does anyone know if there will be any difference between PS3 and 360 versions of the game?

1. Achievements (I am a whore)
2. DLC (exclusive at that!)
3. Larger Community (more of my friends have a 360)
Reality...never touch the stuff myself....gets in the way of all of the hallucinations!
Top

There isn't actually any differences other than Rockstar stated that the PS3 looks slighty better, might be do to the graphic might be do to the 1080p mode, whereas xbox runs at 1080i. The PS3 will have an install (35 mins) the xbox wont, but then you wont have as many or as long of load times between changes (levels). Content and everything else is the same, and downloadable, xbox will have some "exclusive" downloadable content, that doesn't mean its any good, or makes it better, its just exclusive. PS3 will also have some similar "special" content later this year, but both systems are only getting episode content not really anything worth much. Game play will not cross over between xbox, ps3 and pc. The XBOX community is larger at the moment, but after this year that will be a different story. Each machine will have different things that are unique to it but overall the experience of GTA4 will be just about the same over all the machines, the nice thing for gamers in that is, its the same. The bad thing for gamers in that is...its the same. Rockstar had to dump content and delete stuff off of GTA4 to fit on the xbox's DVD, so with that the PS3 suffers because it has space and the xbox doesn't. I know what you are thinking "you could just download it", problem is, not all xbox's have harddrives and not all machines (xbox,ps3) are connected to the interet, so you have to again catter to the lowest common denominator. If you have both machines, get the ps3 version you will be happier with it in another 5-7 months, if you have the xbox get it, either way you are getting an awesome game.
{db}Deathbringer

Rockstar had to dump content and delete stuff off of GTA4 to fit on the xbox's DVD, so with that the PS3 suffers because it has space and the xbox doesn't.

You bring up a lot of interesting points, but no references.
Do you have inside knowledge?

The game is going to be so ridiculously large anyway, I don't think anything that was "taken out" would really matter.

That is what DLC is for.

Look at the records sales for COD4 DLC, and any DLC for GTA4 will crush it.

Across all platforms, the game is going to sell over 25 million copies.
Reality...never touch the stuff myself....gets in the way of all of the hallucinations!
Top

I wouldn't say if I did, but trust me Rockstar had to take content out of the game to make it fit for the xbox. You can't rely on DLC for content on any game, as 45-50% of XBOX'x arent online. The DLC is not what that is for, that was a deal eched by Microsoft to screw XBOX owners just a little bit more. The downloadable content is Microsofts was of making more money off Rockstar, its the same problem that happend with EA, the new maps they just released for $9.99, yeah they were free, EA was just giving them away, Microsoft forced EA to charge for them. That is why the PS3 got delayed, Sony want's them to be free and so basically you get a morotorium on the maps for 6 months while Microsoft makes their money and then the PS3 owners get them. Remember the game (when multiplatform release) ALWAYS has to only be as good as the worst machine, and sorry to say and this is not a slam its just facts and time the XBOX is not as powerfull in the graphics department as the PS3, its not bad by any streatch of the imagination, but its not even full high def compatible and never will be. This is NOT the start a FLAME war on the systems, Sony has an almost 2 year advanced technology over the xbox because of when it came out, would be the other way around if sony hit first and xbox was second. Anyways sad to say everyone who signs up and willingly gives there money over to Microsoft just so they can play online and then pay money for something that would be free is just moving forward the greed of that company. Could you imagine if everytime you launched into a server that had a new TF2 map you would have to pay $2.50 to play it, you would throw a fit, yet people all day long do it for the XBOX...?????.....why??????
{db}Deathbringer

Well, we agree to disagree, as the things I have seen, read, etc., have said that the 2 as far as visual quality go are identical. I will be happy to be proven wrong.

On top of that. My 360 costs HUNDREDS less than a PS3, so I have no problem with DLC. It will take a while (2 years) at the current rate of my DLC spend to catchup to the price of the PS3.

Ultimately, i will be getting GTA4 on PC as well, for the MODs.

Console gaming IS NOT where it's at. It is for the masses. But, to be a gamer, you have to have a few different systems to be able to experience "it all". I chose the 360 for the 3 reasons I gave, and it currently has the best exclusive titles for what I am looking for.

I have A LOT of years in gaming, and when the PS3 hits an acceptable price point and isn't a bloated Blu-Ray player, I will buy one. But right now, it just doesn't make sense.
Reality...never touch the stuff myself....gets in the way of all of the hallucinations!
Top
Post Reply
50 posts