A place to discuss other games such as World of Warcraft, BF2 or Red Orchestra
Post Reply
142 posts

I love that image Kilgore!
By complete and utter coincidence I just saw my own in game eclipse for the first time too!

So I was doing a mission to get as much science as I possibly could. I recently watched one of Manley's videos and picked up the tip from him that to maximise you science for a mission, there are basically 3 areas per planet/moon to do them in: High orbit, low orbit and surface (I'm sure there are multiple surface missions depending on whether or not biomes have been enabled for the planet too). The boundary between high and low orbit varies per planet as far as I can tell.
Assuming you have access to solar panels, you can do all you experiments multiple times in the 3 zones, sending back results between each set of experiments and you'll get an absolute ton of science for your missions.

As he entered the atmosphere for the final time (there was a lot of aero-breaking involved), he decided to pack away the solar panels to keep them safe for landing. As he pushed the button to stow the first one he noticed a strange read-out that said 'Blocked by Mun', which was odd because he wasn't at the Mun!
So he stuck his head out of the window to find the Mun, and saw this:
VIEW CONTENT: 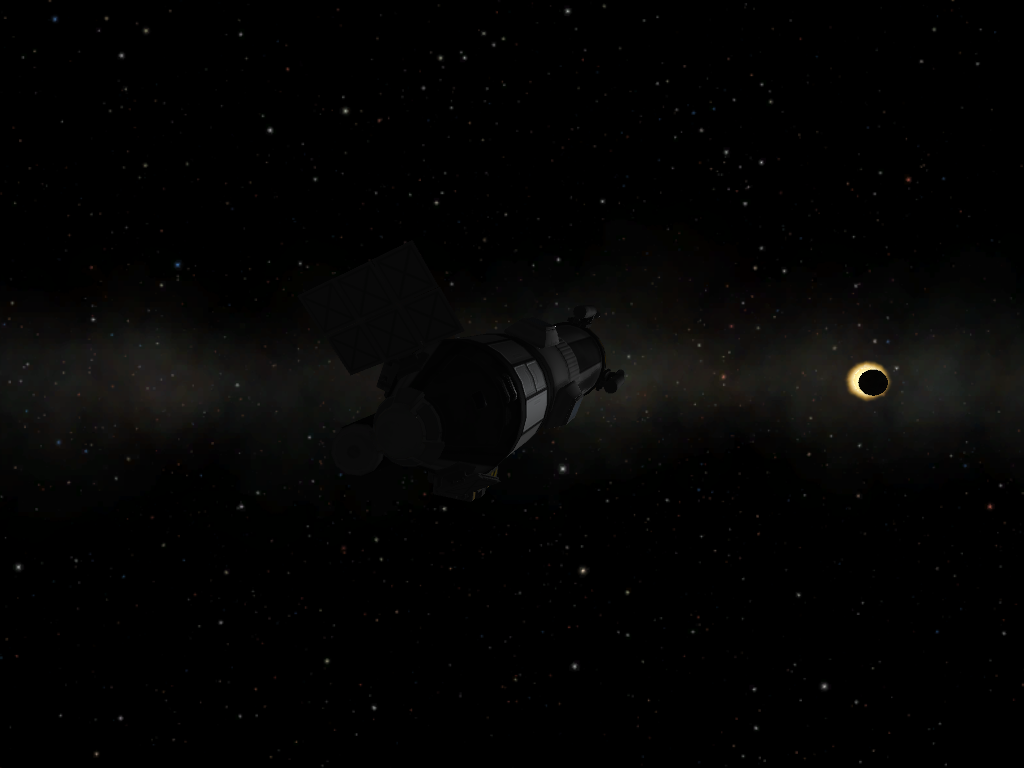 More pictures were taken on the way down:
VIEW CONTENT: 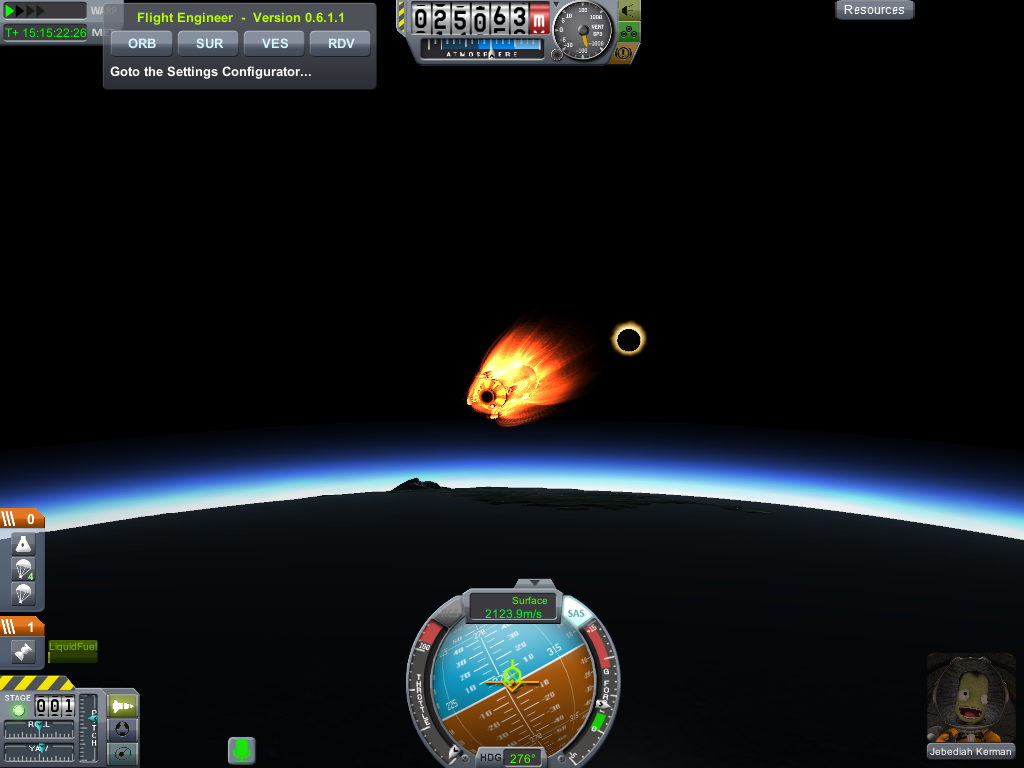 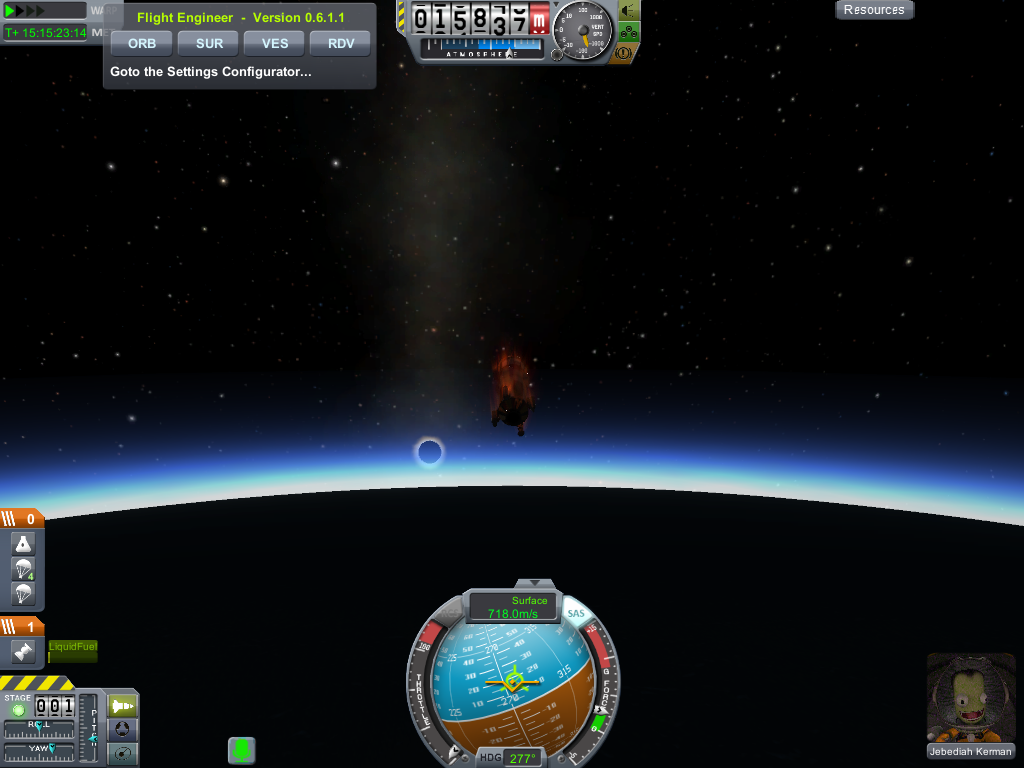 Jebediah was so moved by this that he almost thought that spending many many days cooped up in a tin can was worth it.

The science from the mission convinced him it was definitely worth it! (probably would have gotten more if I hadn't already done some experiments in/around Kerbin, Minmus and the Mun before this mission)
VIEW CONTENT: 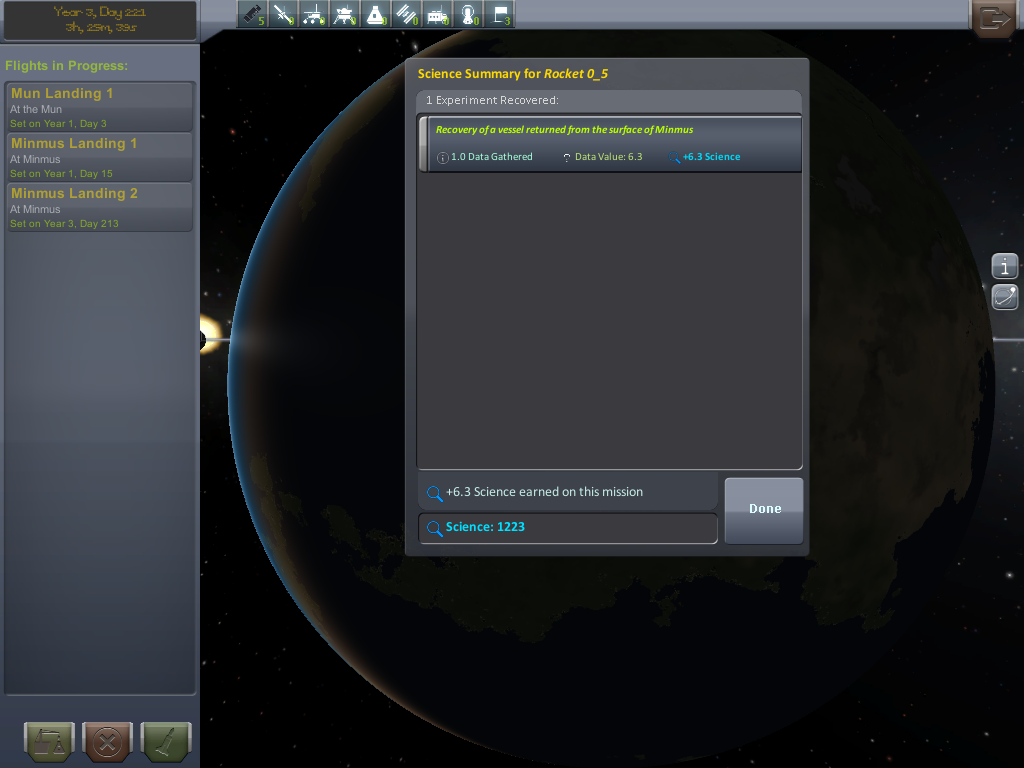 I've been playing for about a year on console and about 6 months on PC. I love this game, and it is one of my current addictions. What's everyone's crowning achievements on here?

Been playing around with our Ark server. As well as War Thunder
Top

I'd have to say putting Com Sats everywhere to the point I had no communication dead zones in the whole solar system....so.... many... circularization burns....

Mine is my first space station and learning how to rendezvous without help or anything. It was such a great feeling when I docked for the first time.

Yeah I still remember how tense and good that first time was and learning why parking orbits of 100K are so much better than parking orbits just over the 70K karmen line if you plan to ever dock it...

Yeah. I absolutely love anything space related, especially since my birthday falls on a very significant date "for mankind." Yeah, my next goal is going to Duna, and eventually Eve. I cannot wait for KSP2.

Users browsing this forum: No registered users and 5 guests