Took Kamikaze and Verman on a tour of the ocean floor today. I tried to show them some of the locations where Deep Sea Crates can spawn (we didn't find any tonight though). I thought I could share more helpful information here in regards to finding these crates, because some of the best gear in the game can be found in them. 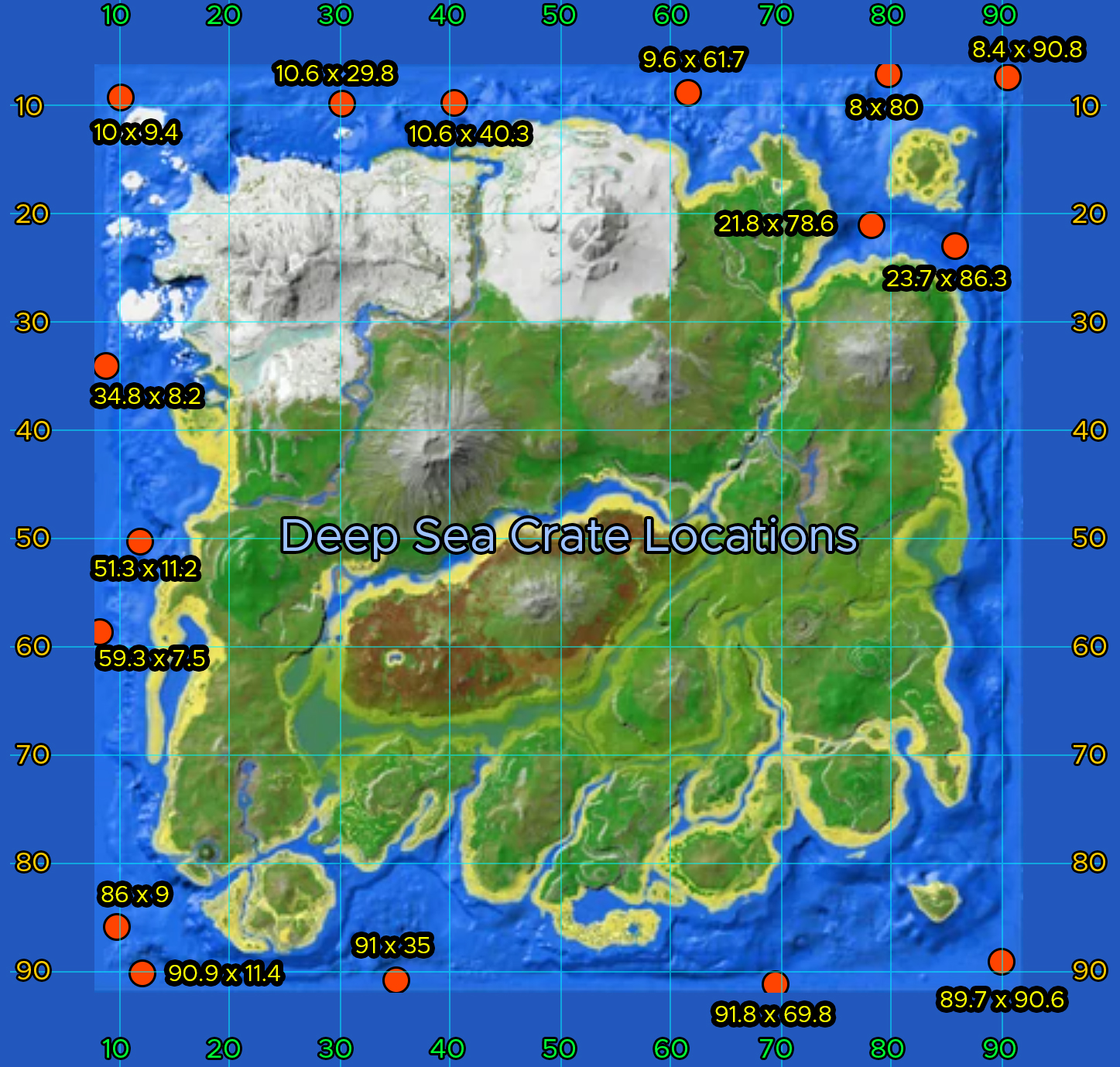 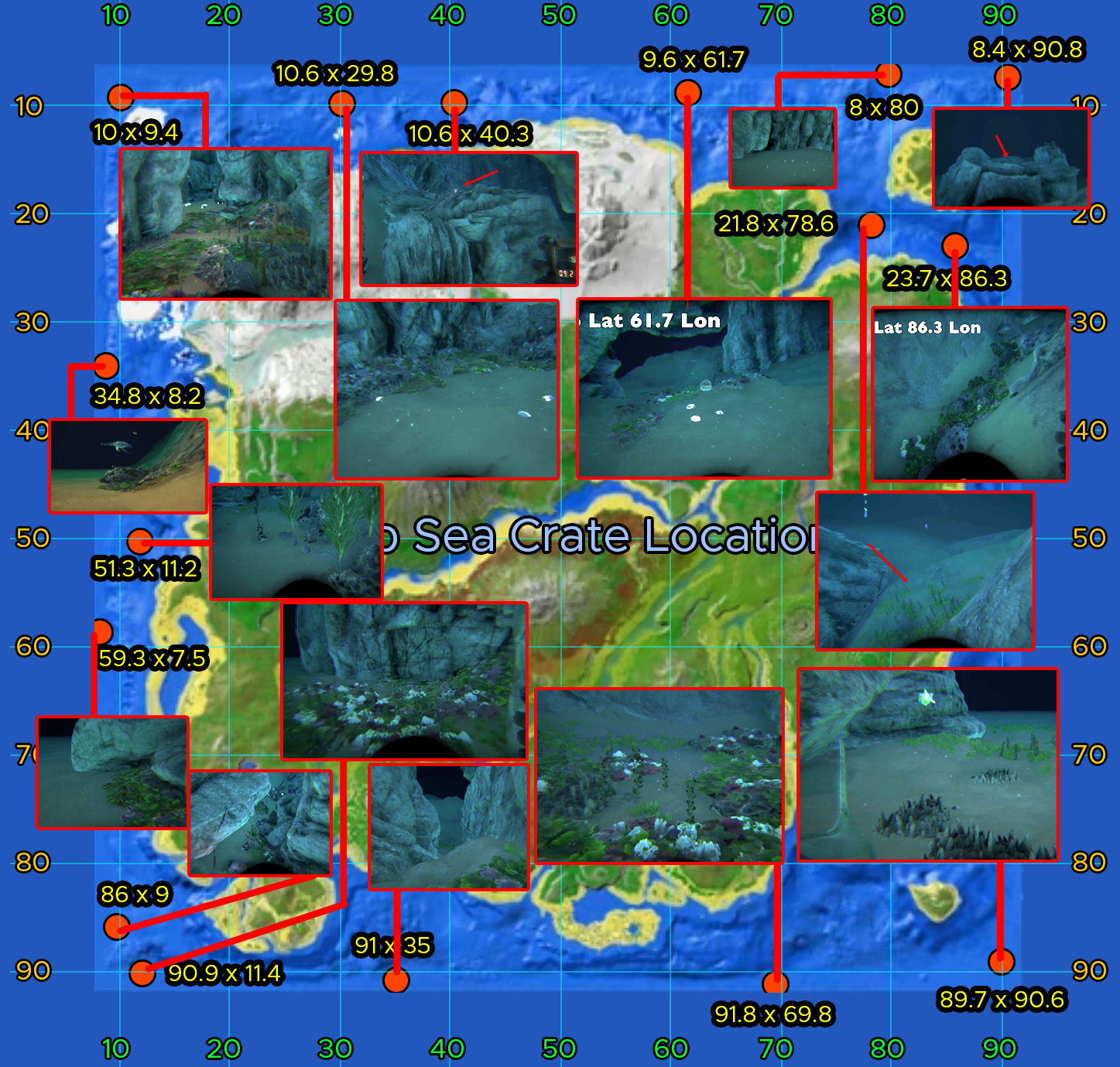 Here is a video I used to learn the locations of the sea crates. The player rides his dolphin to each location in real time so you can see the position of the crates in relation to nearby rock formations


Sort the comments by most recent, and I've added this comment with time codes specifically focused on each crate location 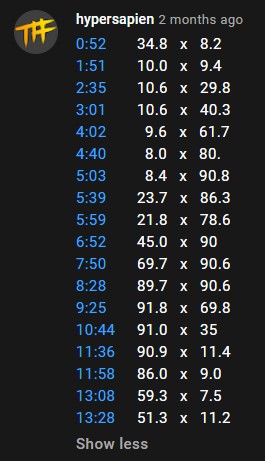 Even after watching that video more than once, I still have trouble recognizing the exact locations where the crates should spawn, and its easy to swim right over them and not see them. To make the search easier, I placed pillars along the ocean floor so that I wouldn't have to memorize every rock formation near a crate. While other structure pieces may prevent the crates from spawning, pillars do not.

So what I do is I race along the ocean floor on my dolphin (all points spent on movement speed) until I see a pillar near the boundary wall. 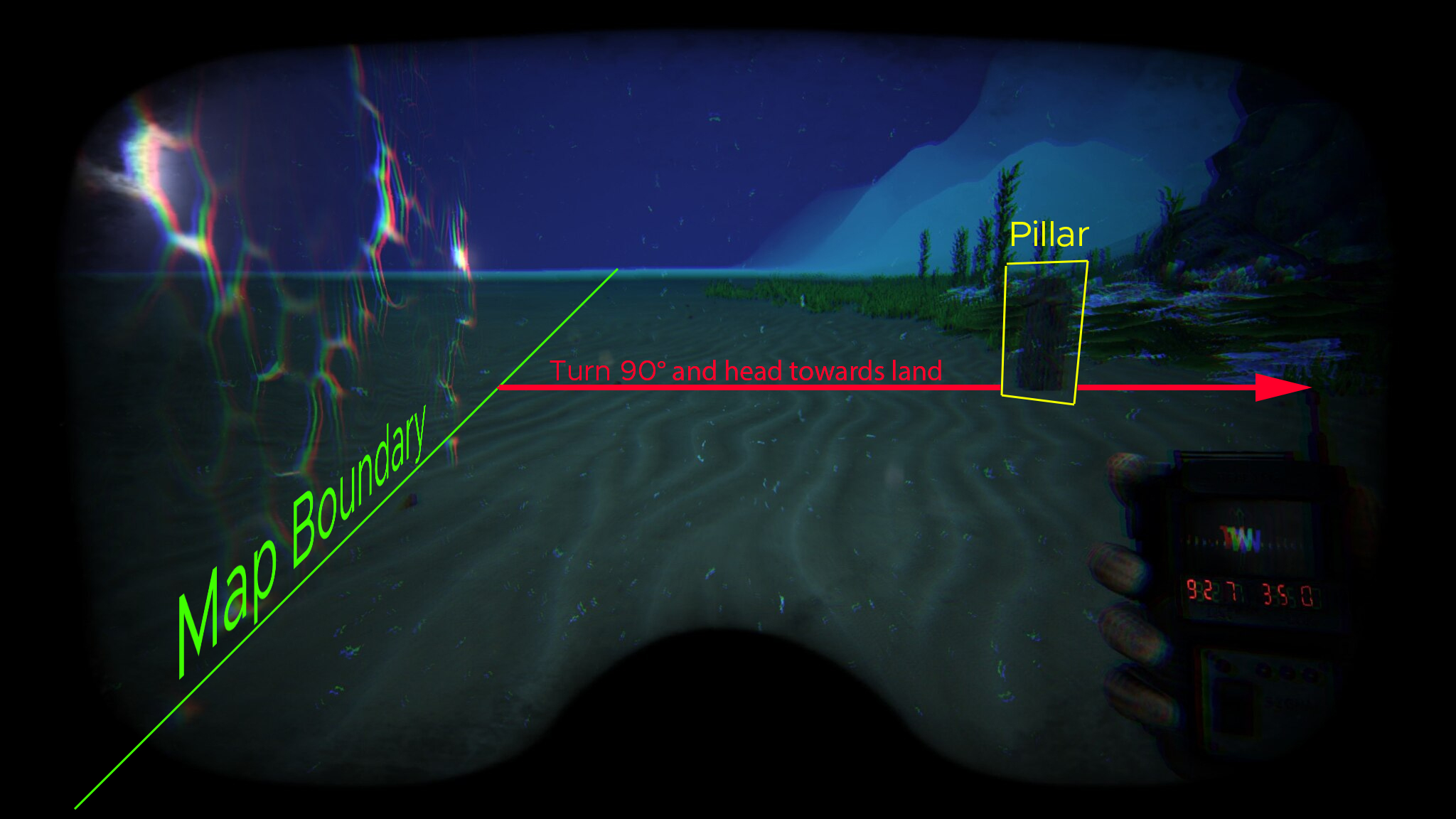 Once you see one of these pillars, make a 90 degree turn away from the wall. There should be another pillar located nearby, marking the location of the actual crate spawn. NOTE: In some locations, a pillar could not be placed because the crate spawns on top of a rock formation which can not be built upon (watch the youtube video if you'd like to see those areas). 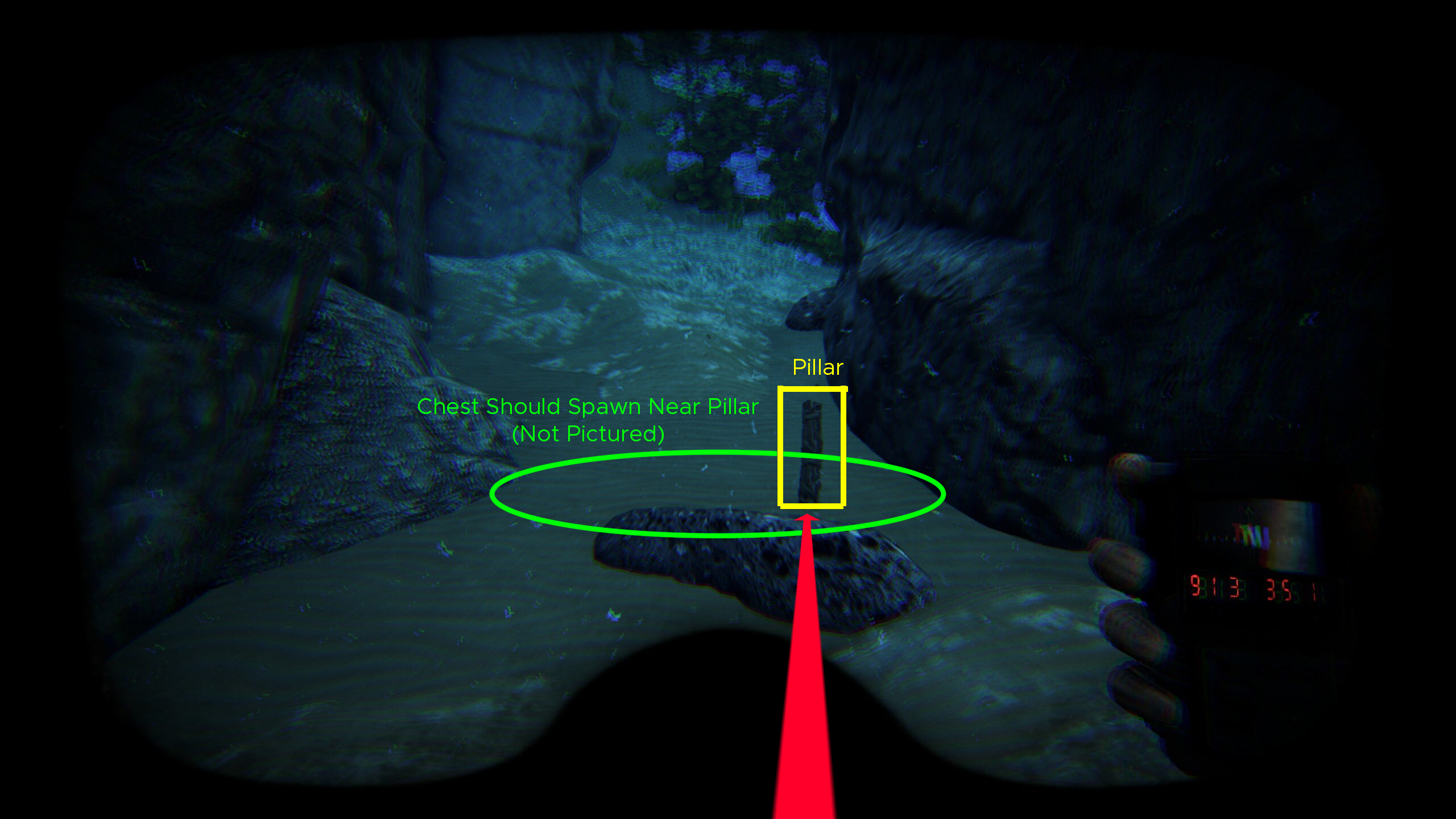 To run this circuit of spawn locations I recommend you tame the highest level Ichthyosaurus you can find and spending ALL of its stat points on speed. Your goal is to avoid all fighting, but you might want to keep some fighters (Baryonyx, Spinos, etc) cryopodded and in your pocket, in case you find a crate that is being guarded by something mean and nasty. You'll be able to outrun any predator you come across, but your biggest threats will be jellyfish and eels, so give them a wide berth.

Some important notes about these crates:
1) My understanding is that only 2 can exist on the ocean floor at a time
2) After looting both crates, it takes ~45 minutes for them to spawn again
3) The crates have a slight glow effect, but it is very minor. The crates are actually very easy to overlook, particularly when they are nestled in spots with lots of coral.
4) Taming a Liopleurodon(A temporary tame, which will be time consuming and possibly dangerous) will grant you a 6-hour buff which should increase rarity and value of any lootbox/crate you find.
5) I have found a few of these crates before, but most of the pillars I placed are based on the descriptions in the video. When I actually find a crate in one of these locations, my plan is to place a 2nd pillar near it, with the precise crate spawn existing at the midpoint between the two pillars. (Work in progress)

Thank you for the hard work Bort.
Top

I added an additional map to the original post- One of the difficulties I have when running this circuit is remembering which locations are on the sea floor, and which are perched on top of a rock formation, or nestled within a rocky crevice. The screenshots themselves probably won't lead you directly to the crate spawns, but once you have a little experience with these locations it helps to just be able to tell at a glance the kind of landmarks you should be looking for.
Top
Post Reply
5 posts • Page 1 of 1