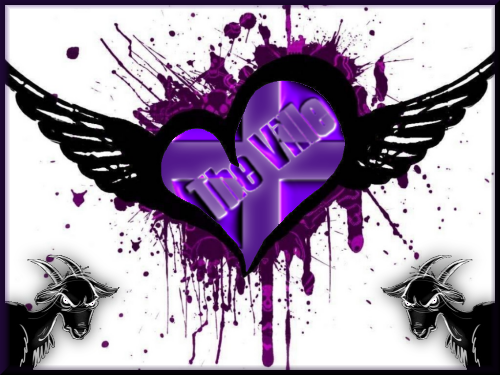 Stevo was awarded his Purple Heart many years ago, but we felt it appropriate to recognize him again this quarter.
. .


Since I have been playing Ark, Verman has been extremely helpful, and helped bail me out more than a few times when I died in getting my stuff back, as well as giving me stuff to get started and helping me out in general.

Verman is always helping out new players on TV1 Ark. He shows a great Villun attitude and is welcoming to all players.

While the admin team did our best, it is highly likely that we have left people off this list. Please know it was not intentional and that we want to add any missing names as soon as they are brought to our attention.
. .

Awarded for 20 years of friendship and gaming.

Awarded for 15 years of friendship and gaming.

Awarded for a decade of friendship and gaming.

Awarded for five years of friendship and gaming.

Congratulations and thank you to everyone honored!

Valheim is a highly-rated game in Early Access on Steam available for $19.99. Several Villuns are already playing it and suggested it as a good game to add to our server list.

"The premise of the game is that players are Vikings in an afterlife where they have to craft tools, build shelters and fight enemies to survive. The game uses stylized 3D graphics with a third-person perspective and a combat system inspired by action games," the description on Wikipedia reads.

Up to 10 players at a time can join the server, a limitation set by the developer. Currently the game requires a password to be set even for servers listed as public. Since the game is in early access the options and tools available for server operators are expected to expand over time.

For more information on how to join and to chat with your fellow players visit our new Valheim forum.

Let us know: Are you already playing Valheim? What do you think so far? Why should your fellow Villuns jump in and prepare to battle Odin?

How do you know if a ghost is in your home?

How about boneless nachos?

Mmmm, bonus nachos... I like the sound of that!

Was playing CS:GO for the 1st time in over a year and just happened to see Dog and Gizanked in the list of players and I saw the tag. Was a bit out of it for awhile.s.

Hey Des! Great to see you. Sorry you've got to come back and see the sad news :-/

I see I've been away far too long *has a sad*

The Events server has been switched from L4DoD to TF2.

Ark on TV1 has been updated to enable the Easter event.

Ladeee and I had a previous commitment, but hope to be able to attend the next TF2 event!